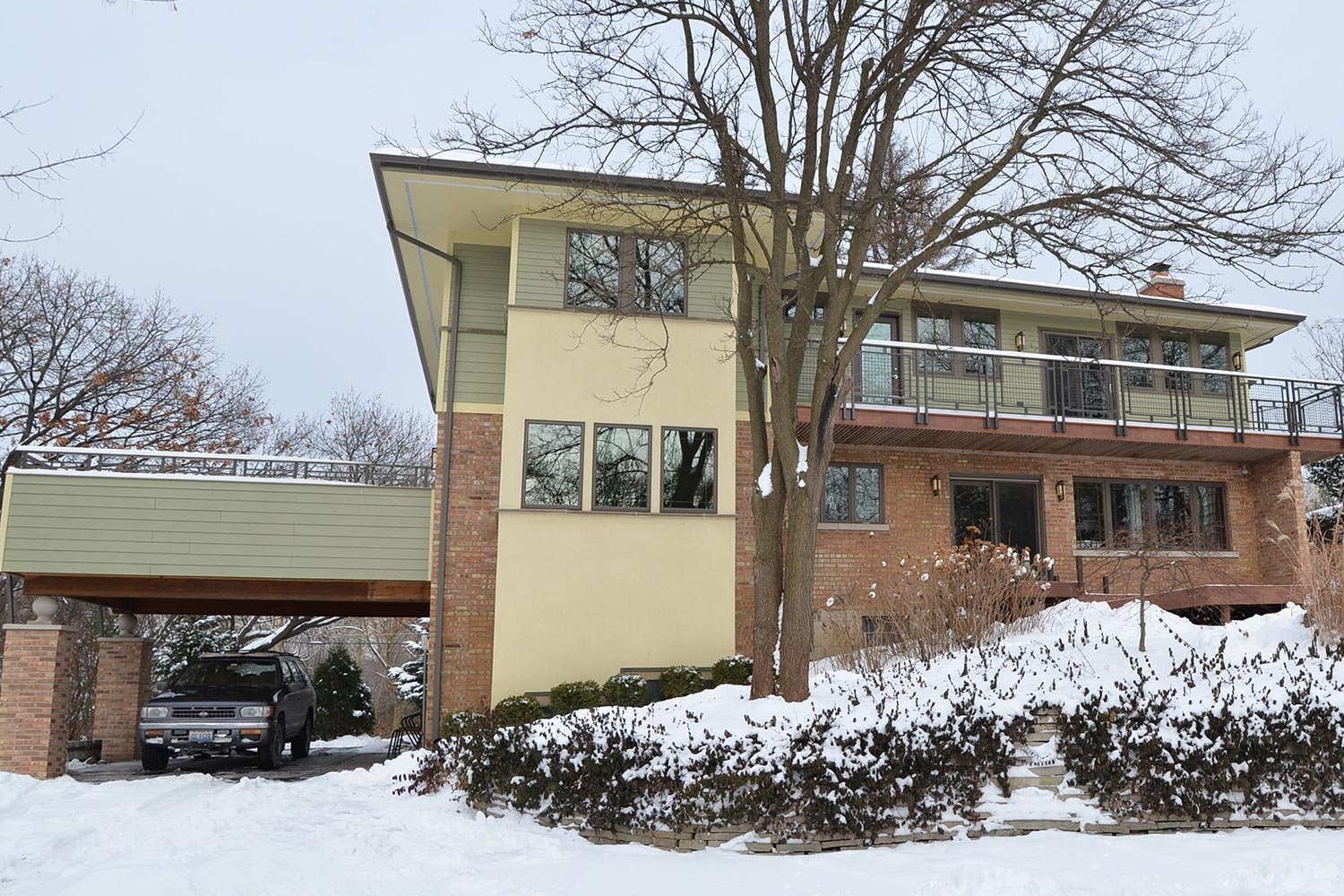 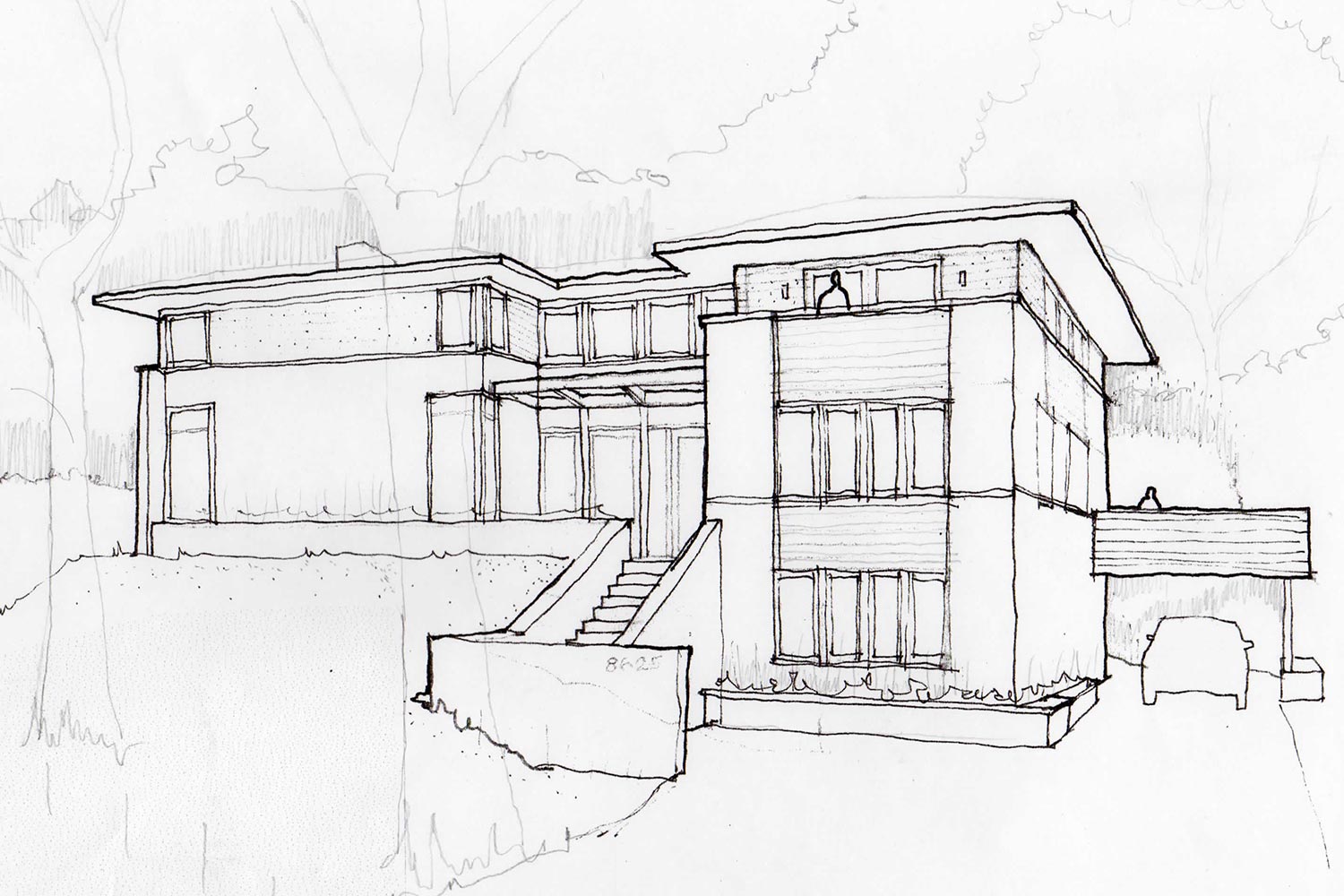 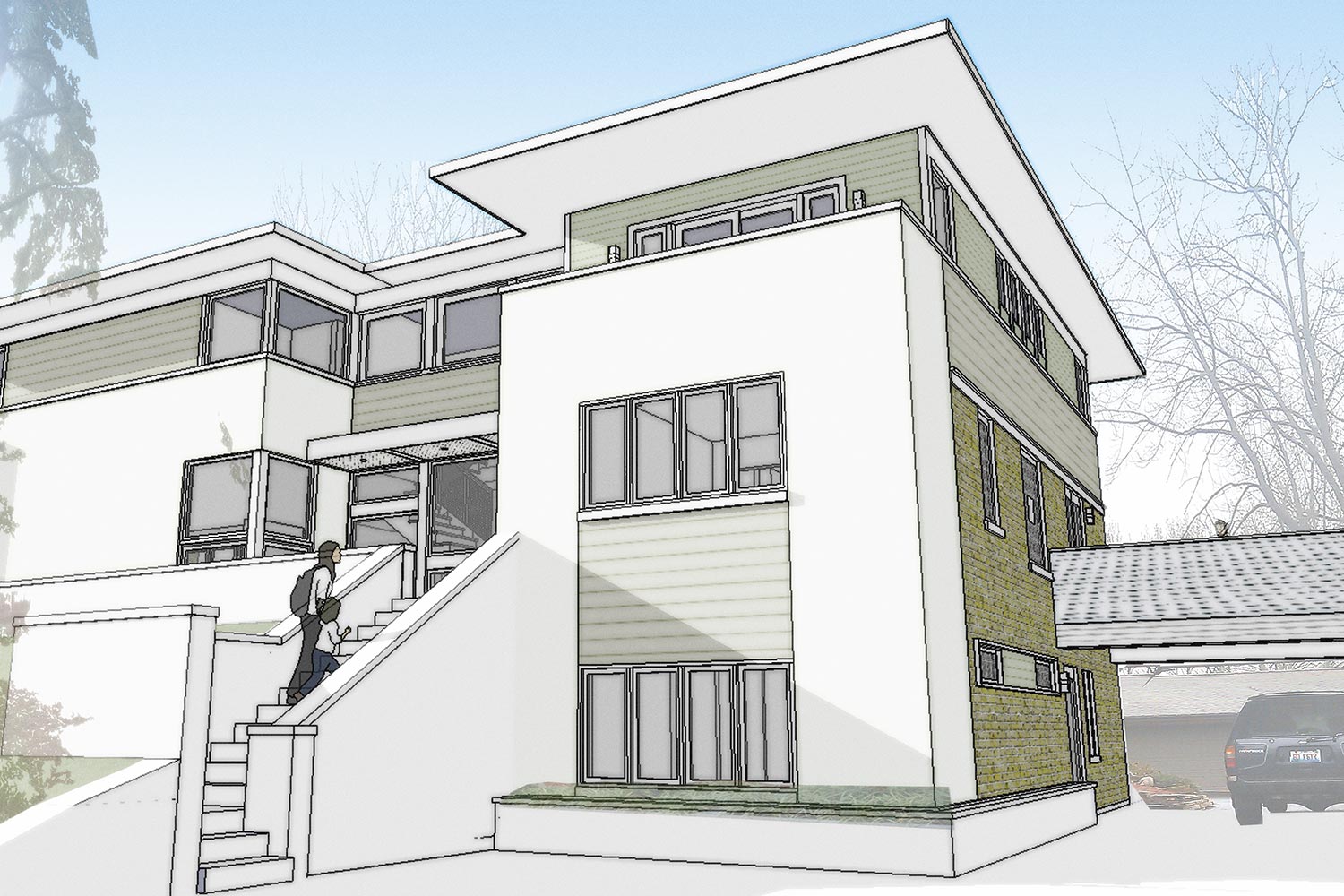 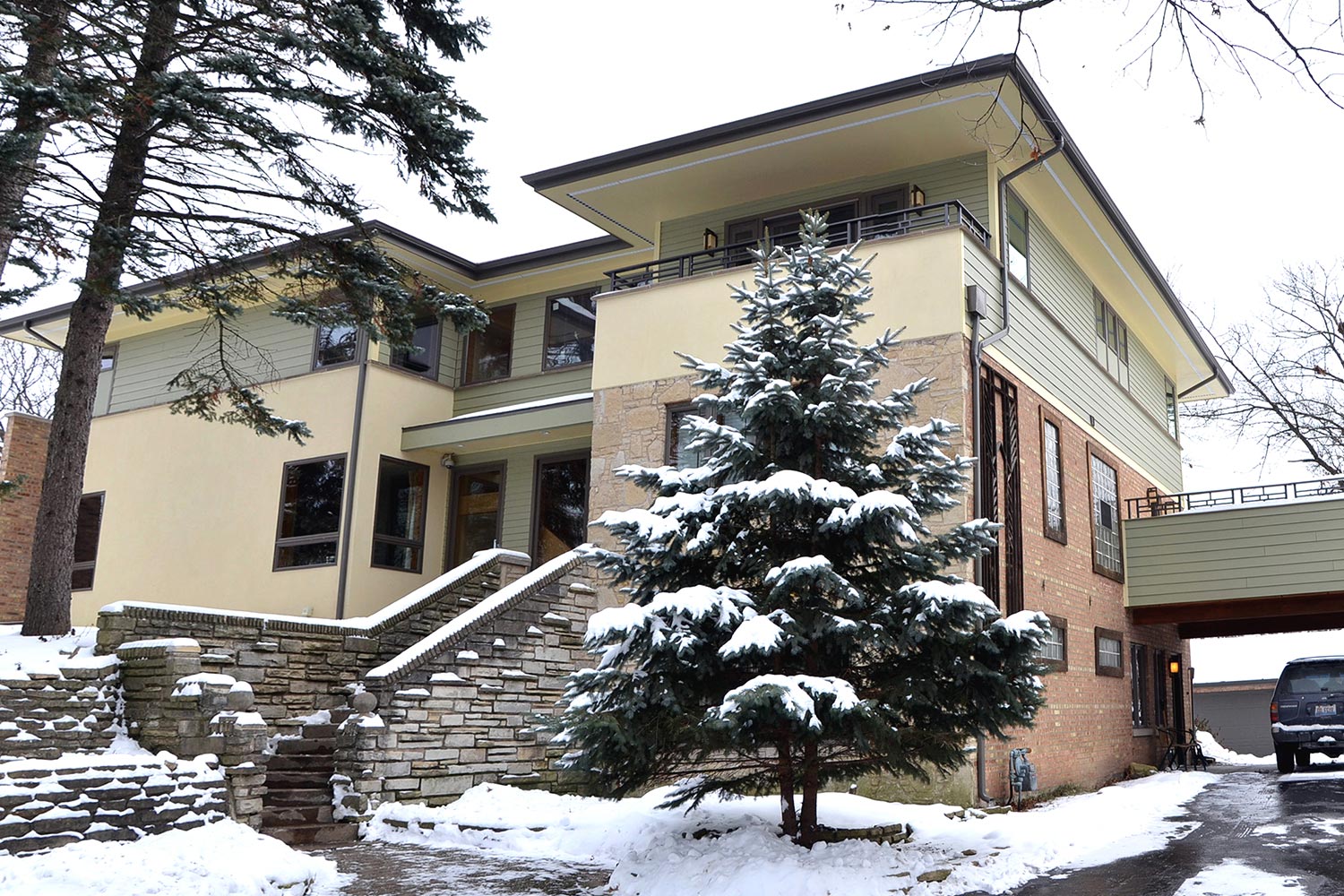 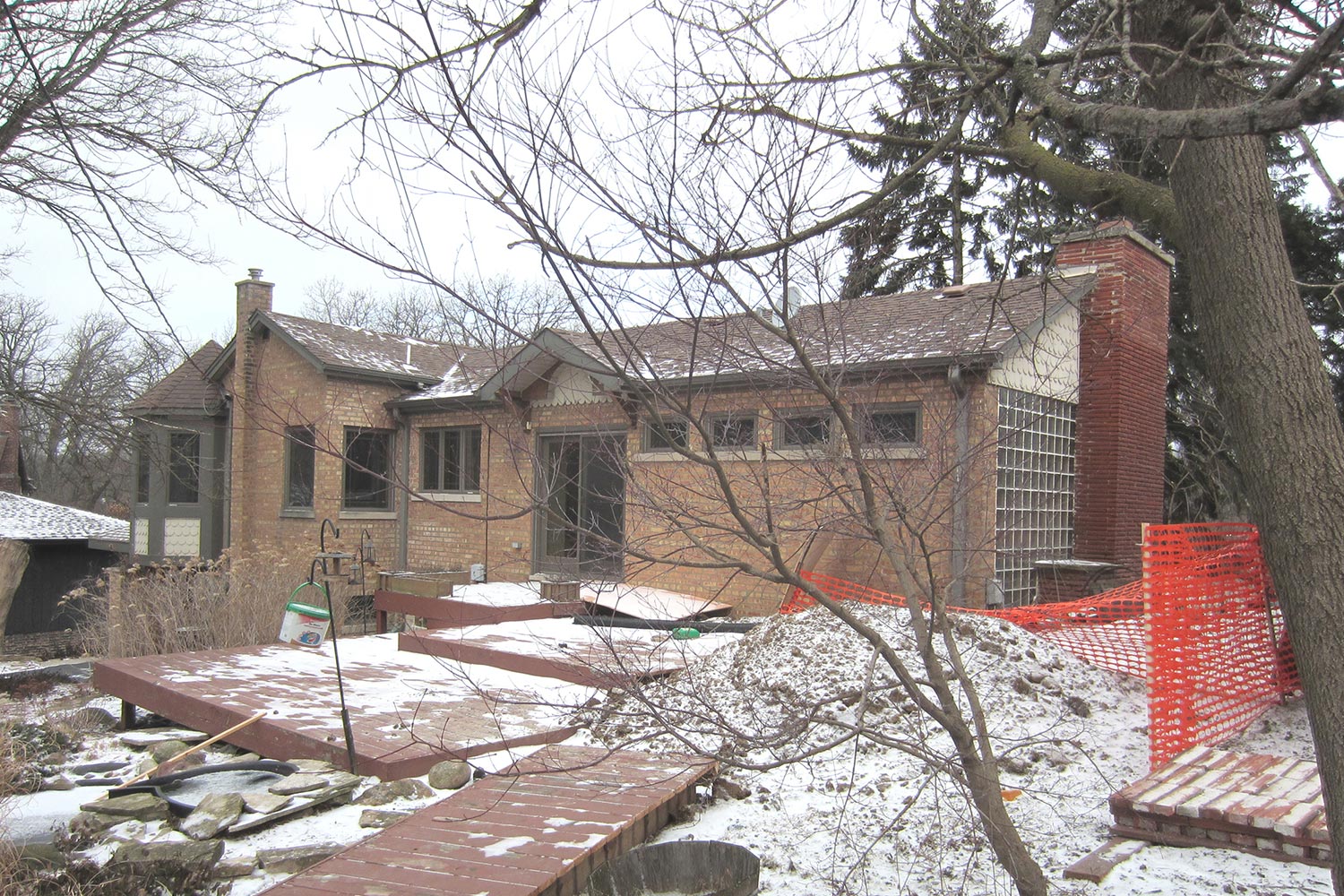 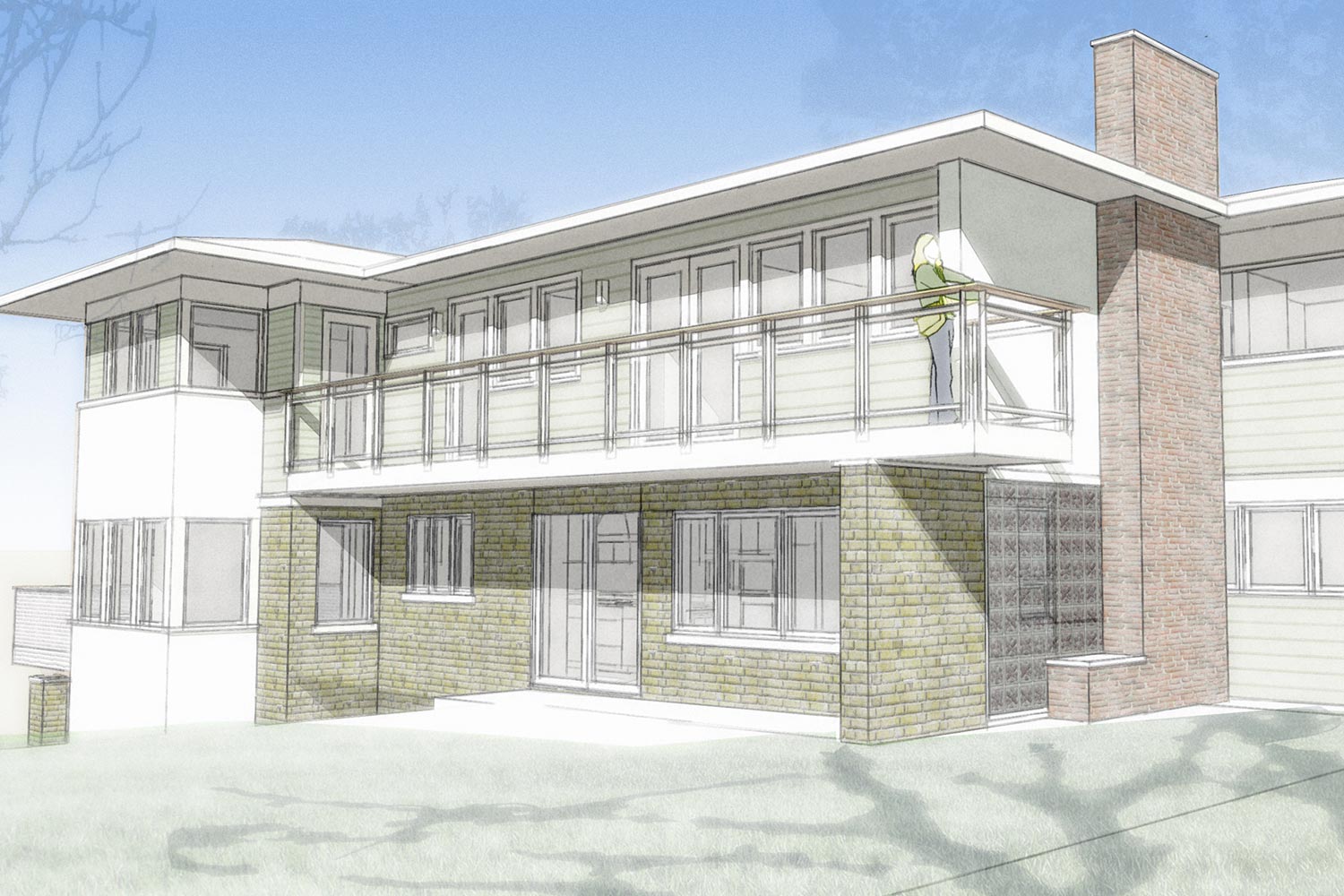 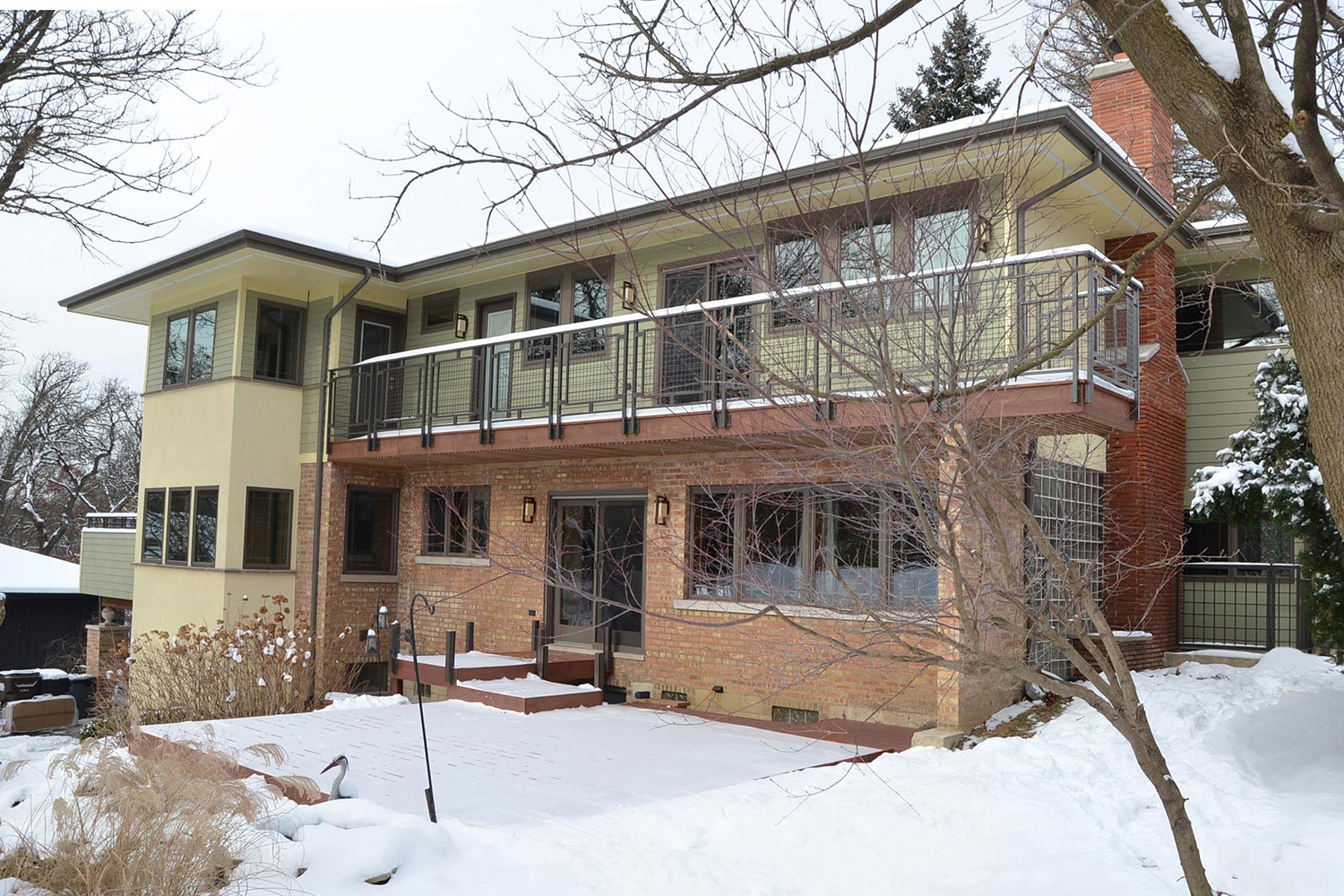 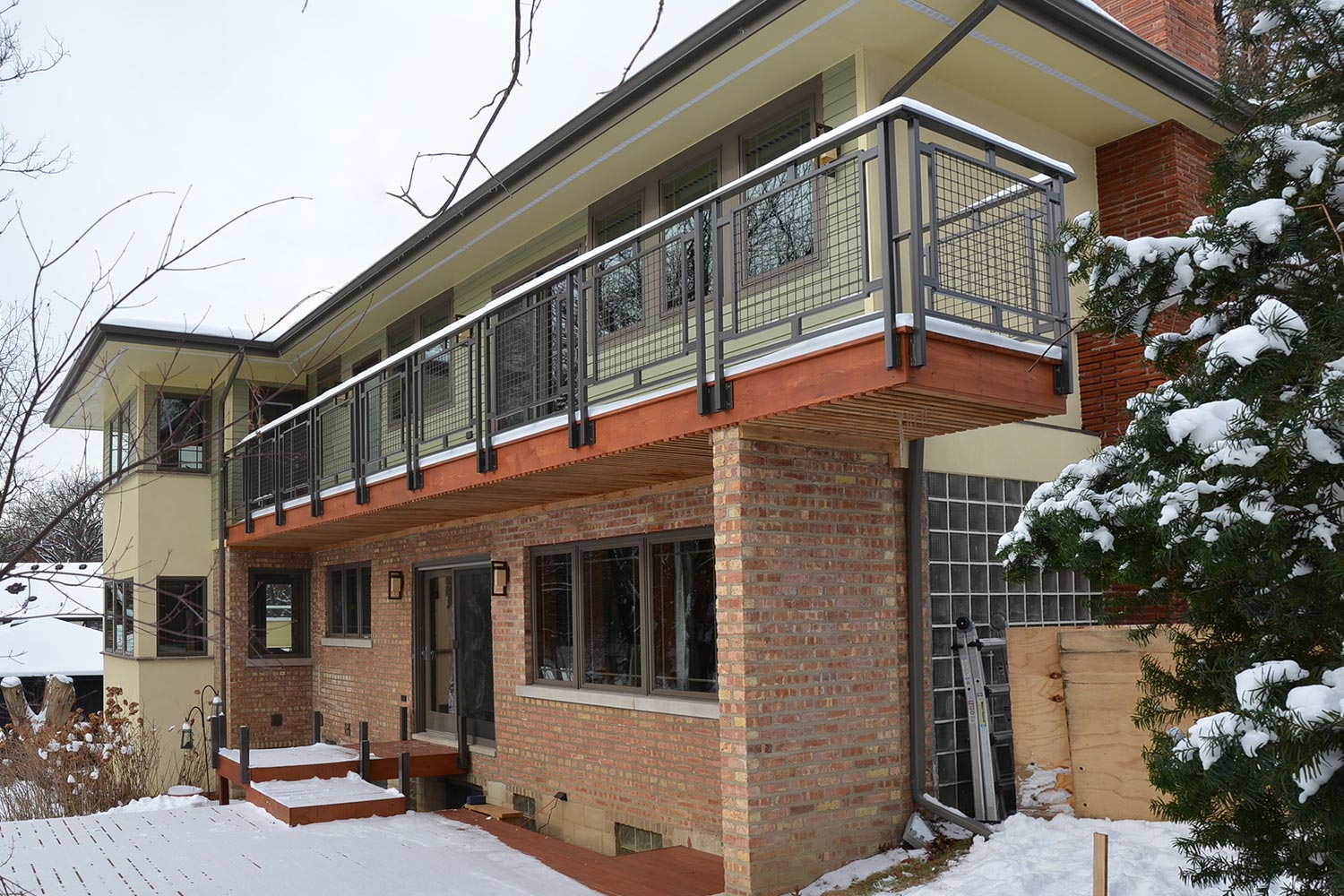 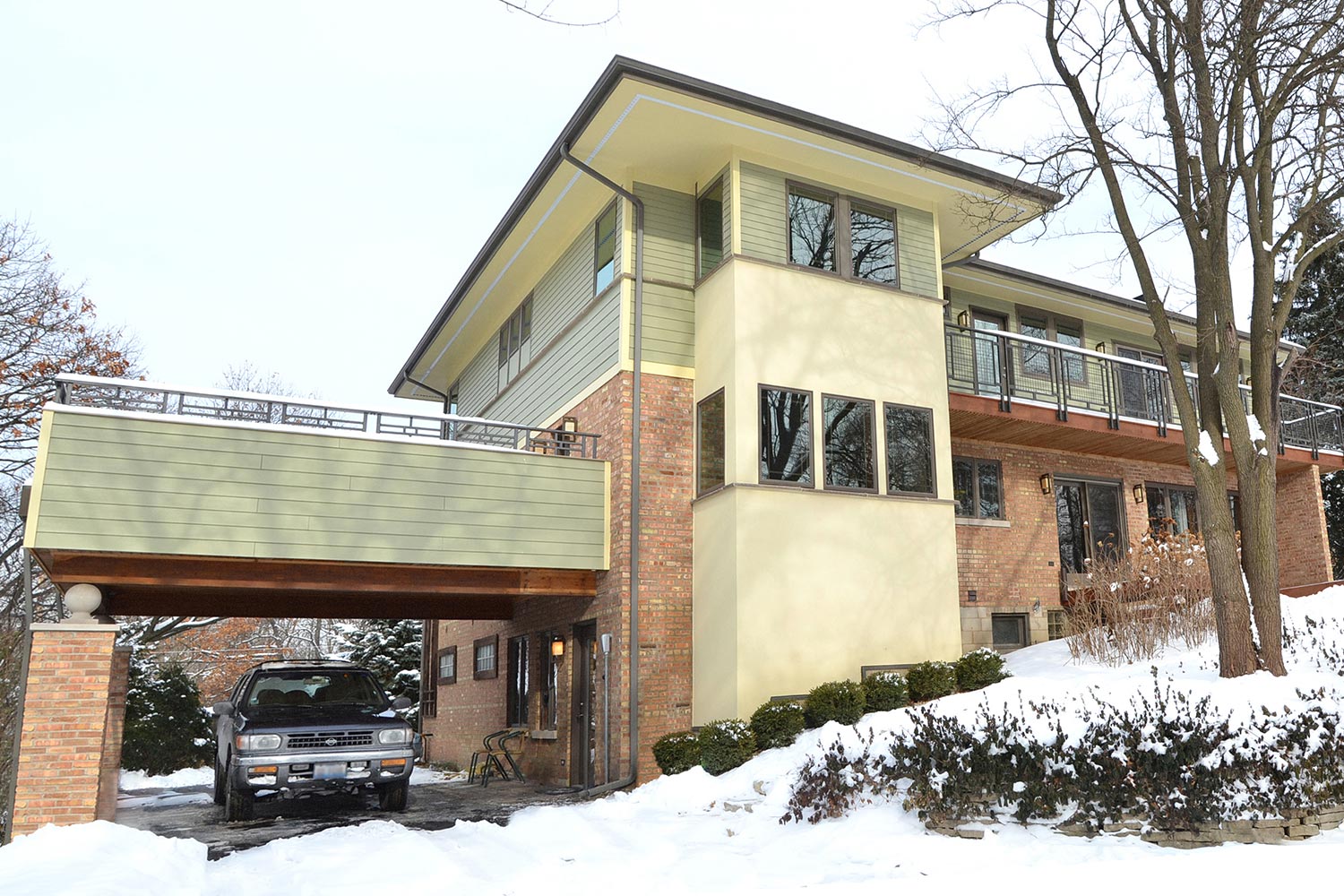 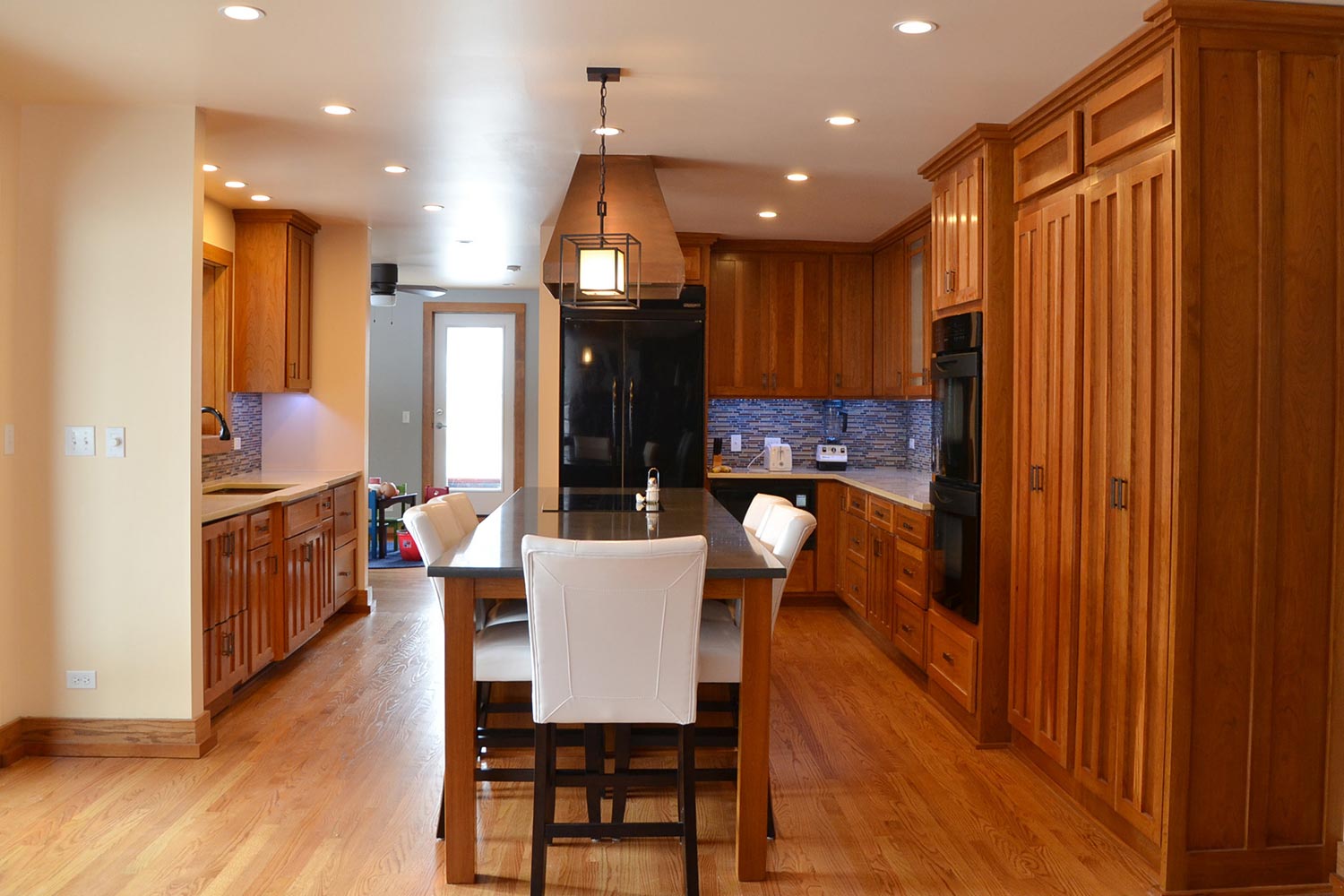 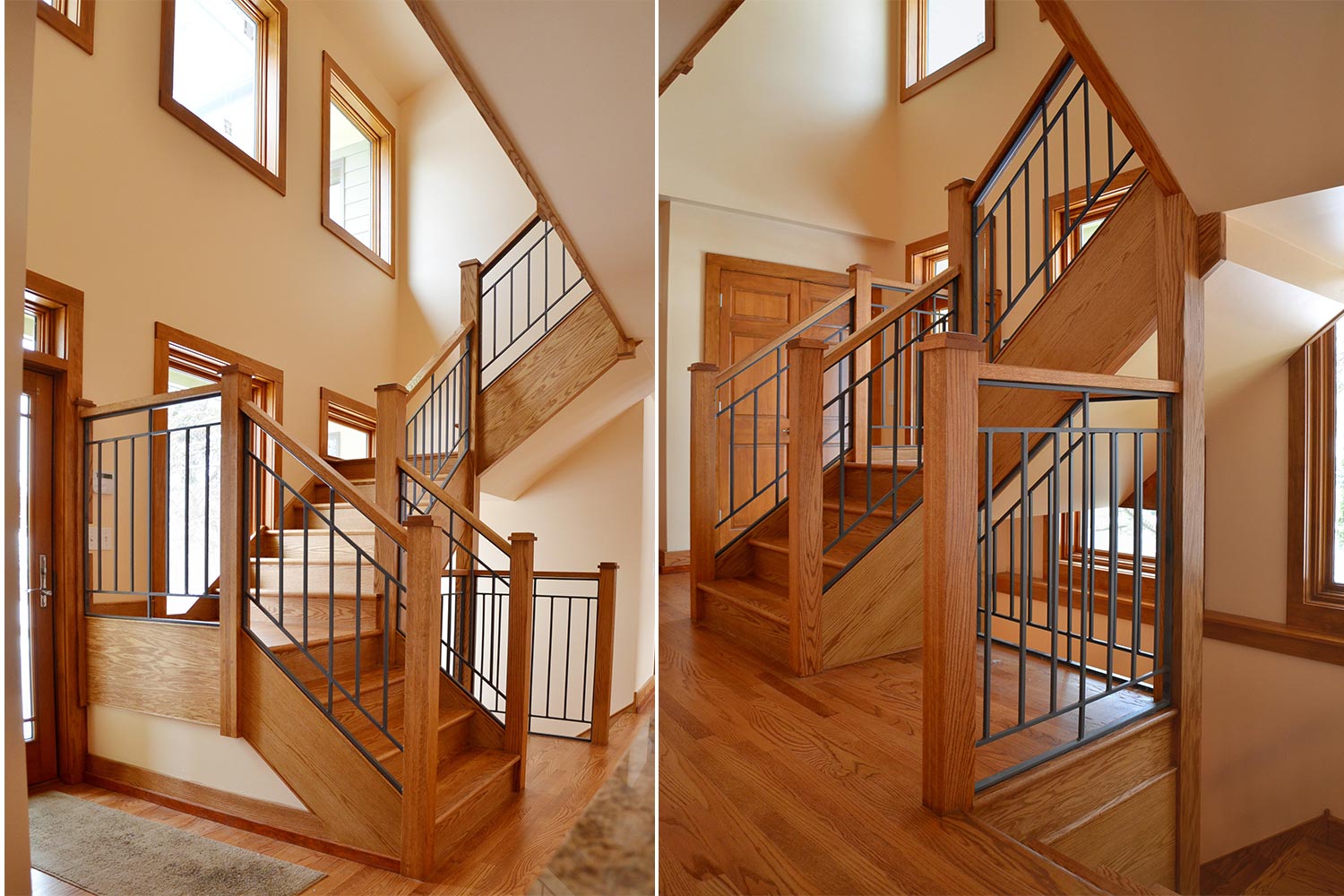 This addition to an existing 1950’s 1 story ranch with walk out basement, adds a family room to the front and side, along with four new bedrooms on a new second floor level. The client’s prairie style leanings influenced the use of overhangs, bays, and horizontal banding. The resulting makeover cloaks much of the existing home, though structurally it was utilized and influenced the location of the new design elements.